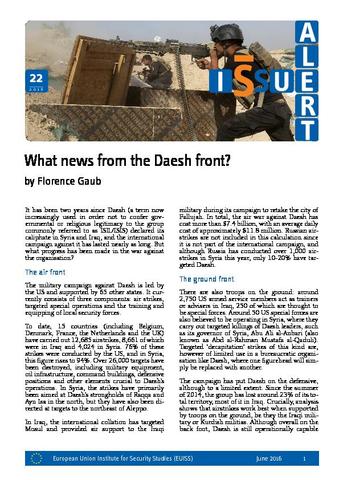 It has been two years since Daesh (a term now increasingly used in order not to confer governmental or religious legitimacy to the group commonly referred to as ISIL/ISIS) declared its caliphate in Syria and Iraq, and the international campaign against it has lasted nearly as long.

But what progress has been made in the war against the organisation?