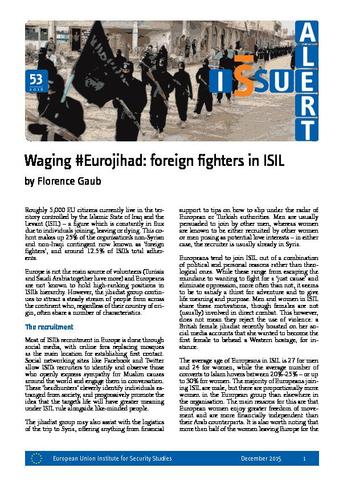 Roughly 5,000 EU citizens currently live in the territory controlled by the Islamic State of Iraq and the Levant (ISIL) – a figure which is constantly in flux due to individuals joining, leaving or dying. This cohort makes up 25% of the organisation’s non-Syrian and non-Iraqi contingent now known as ‘foreign fighters’, and around 12.5% of ISIL’s total adherents. Europe is not the main source of volunteers (Tunisia and Saudi Arabia together have more) and Europeans are not known to hold high-ranking positions in ISIL’s hierarchy. However, the jihadist group continues to attract a steady stream of people from across the continent who, regardless of their country of origin, often share a number of characteristics.