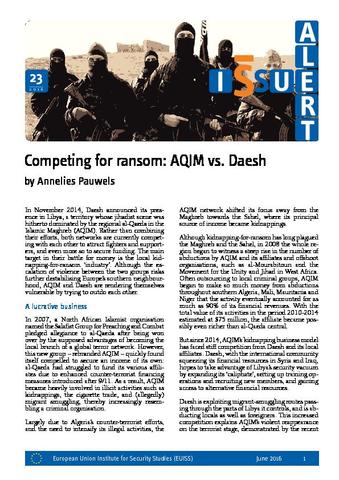 In November 2014, Daesh announced its presence in Libya, a territory whose jihadist scene was hitherto dominated by the regional al-Qaeda in the Islamic Maghreb (AQIM). Rather than combining their efforts, both networks are currently competing with each other to attract fighters and supporters, and even more so to secure funding. The main target in their battle for money is the local kidnapping-for-ransom ‘industry’. Although the escalation of violence between the two groups risks further destabilising Europe’s southern neighbourhood, AQIM and Daesh are rendering themselves vulnerable by trying to outdo each other.