The Western Balkans: moving on 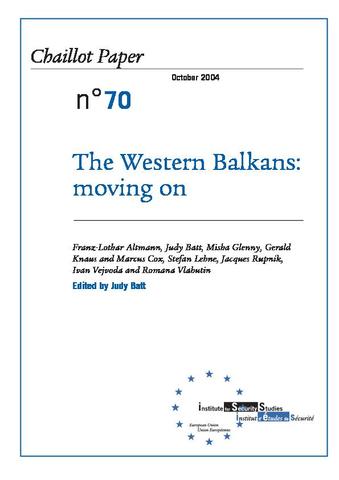 The countries of the Western Balkans are moving on: from postwar reconstruction and stabilisation to consolidating democratic states, implementing economic reform, and preparing for EU accession. The EU has confirmed that ‘The future of the Balkans is within the European Union’, and all the states of the region now share that vision. Much can be learned from the Central and East European experiences of transition and integration, and the EU itself is better prepared than it was in the early 1990s. All the countries of the region have made progress in the past five years, and Croatia, for one, is ready to start accession negotiations. But, as is shown in this Chaillot Paper, an easy and straightforward replication of the CEE ‘success story’ is by no means guaranteed. The unresolved issue of Kosovo’s final status looms over the region. Tackling the ‘unfinished business’ on the Western Balkans agenda is inseparable from accelerating the region’s integration into the EU. The EU must respond with strategic political vision and long-term policies to support state-building and promote faster economic development.