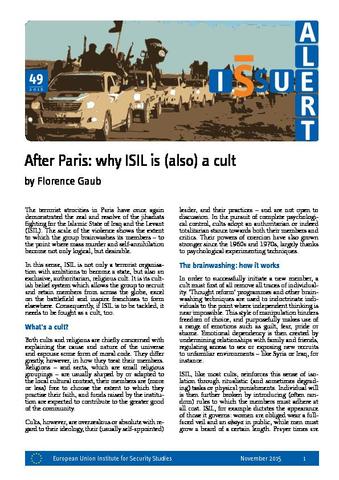 The terrorist atrocities in Paris have once again demonstrated the zeal and resolve of the jihadists fighting for the Islamic State of Iraq and the Levant (ISIL). The scale of the violence shows the extent to which the group brainwashes its members: to the point where mass murder and self-annihilation become not only logical, but desirable. In this sense, ISIL is not only a terrorist organisation with ambitions to become a state, but also an exclusive, authoritarian, religious cult. It is its cultish belief system which allows the group to recruit and retain members from across the globe, excel on the battlefield and inspire franchises to form elsewhere. Consequently, if ISIL is to be tackled, it needs to be fought as a cult, too.