18 April 2016
By
With contributions from 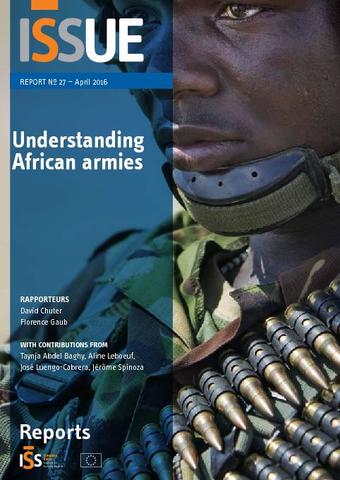 This Report, which focuses on key features of African armed forces, serves as an introductory guide to those interested not only in the military institutions themselves, but also the context in which European CSDP operations in Africa are deployed.

Capacity-building and training missions on the African continent are confronted with challenges which are often the result of regional historical, economic and political processes – but also the outcome of divergences which exist between European and African security environments, among African forces themselves and with regard to threats faced. In presenting this analysis of African armies, this publication aims to foster increased understanding of the relevant issues, and enhance European effectiveness in this field.

The Rapporteurs would particularly like to thank Taynja Abdel Baghy, Aline Leboeuf, José Luengo-Cabrera and Jérôme Spinoza for their input into this Report.