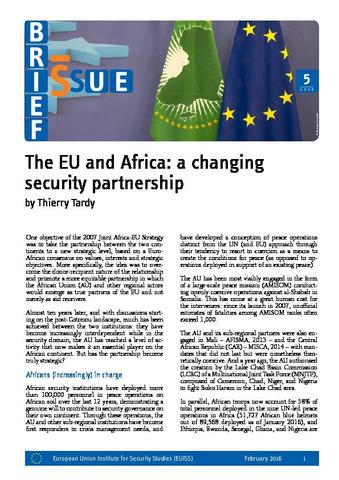 One objective of the 2007 Joint Africa-EU Strategy was to take the partnership between the two continents to a new strategic level, based on a Euro-African consensus on values, interests and strategic objectives. More specifically, the idea was to overcome the donor-recipient nature of the relationship and promote a more equitable partnership in which the African Union (AU) and other regional actors would emerge as true partners of the EU and not merely as aid receivers.
Almost ten years later, and with discussions starting on the post-Cotonou landscape, much has been achieved between the two institutions: they have become increasingly interdependent while in the security domain, the AU has reached a level of activity that now makes it an essential player on the African continent. But has the partnership become truly strategic?

Taiwan after the elections: what next?