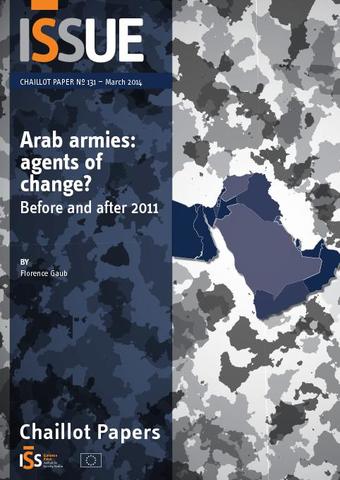 Many aspects of the so-called Arab Spring came as a surprise: the mass demonstrations, the toppling of dictatorships, and indeed the timing. One of the most unexpected aspects, however, was the behaviour of the respective military forces. Regarded until 2011 as being unequivocal supporters of the regimes in power, they were expected to crack down on the demonstrators with an iron fist. Decades of military dictatorships, coups d’état and wars had entrenched the notion of Arab armed forces as agents of coercion, not agents of change. But only one of the Arab militaries confronted with the massive social dislocation unleashed by the Arab Spring behaved in the expected way, i.e. unequivocally standing by the regime and suppressing the uprisings. The others facilitated regime change either actively or passively, and in Egypt assumed an even more direct role. In all cases, the armed forces were, and remain, the kingmakers, whose support is essential for rulers to hold onto, or accede to, power. But what drives these forces? Why do they choose to act, or not act, under certain political conditions? When do they have the capacity to act, and when is it that they do not? While these questions are fundamental, they relate to the specific circumstances pertaining to the military in the post-2011 environment: how come the armed forces seem to possess the casting vote between secular and Islamist forces on the road to democracy? More puzzlingly, what is it that these forces stand for in the eyes of the populations in their respective countries – if it was modernity in the 1950s and 1960s, what is it today?

Behind and beyond al-Sisi’s bid