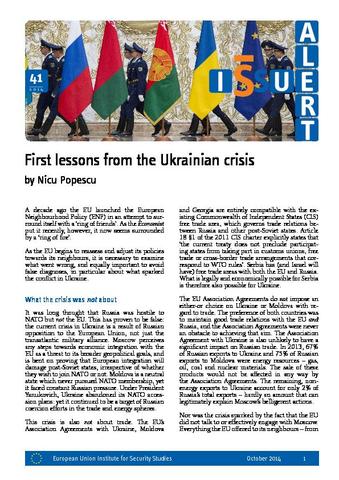 A decade ago the EU launched the European Neighbourhood Policy (ENP) in an attempt to surround itself with a ‘ring of friends’. As the Economist put it recently, however, it now seems surrounded by a ‘ring of fire’. As the EU begins to reassess and adjust its policies towards its neighbours, it is necessary to examine what went wrong, and equally important to avoid false diagnoses, in particular about what sparked the conflict in Ukraine. It was long thought that Russia was hostile to NATO but not the EU.

This has proven to be false: the current crisis in Ukraine is a result of Russian opposition to the European Union, not just the transatlantic military alliance. Moscow perceives any steps towards economic integration with the EU as a threat to its broader geopolitical goals, and is bent on proving that European integration will damage post-Soviet states, irrespective of whether they wish to join NATO or not. Moldova is a neutral state which never pursued NATO membership, yet it faced constant Russian pressure. Under President Yanukovich, Ukraine abandoned its NATO accession plans: yet it continued to be a target of Russian coercion efforts in the trade and energy spheres.