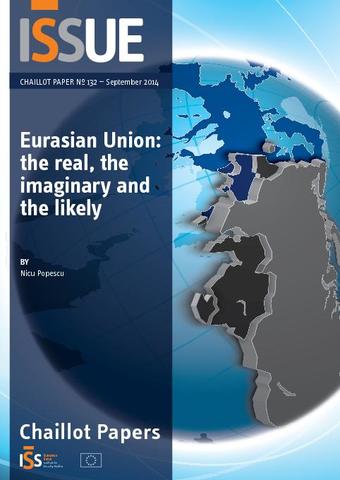 The recent history of attempts to reintegrate the post-Soviet space is littered with failed political and economic initiatives. Such initiatives have included the creation of the Union State of Russia and Belarus in the 1990s, the Eurasian Economic Community launched in 2000, and the GUUAM (Georgia, Ukraine, Uzbekistan, Azerbaijan and Moldova) grouping launched in 1997. So far the only project which seems likely to come to fruition is the Customs Union of Russia, Belarus and Kazakhstan which is scheduled to become the Eurasian Economic Union as of 1 January 2015.

The Eurasian Union exists already. Its physical headquarters – the Eurasian Economic Commission – is a bureaucratic structure with a staff of 1,000 housed in an eleven-storey glass and steel building on Vivaldi Plaza in a business complex near Paveletsky railway station in Moscow. Its legal basis is the Eurasian Union treaty signed in May 2014.

In fact, however, there are two Eurasian Unions: one real, and the other imaginary. One is economic, and the other geopolitical. The real Eurasian Economic Union is an international organisation like many others. It has a legal identity, a secretariat and is staffed by bureaucrats who would not look out of place in the European Commission building in Brussels or the WTO secretariat in Geneva. Its member states exchange trade concessions among themselves and rely on the institution as an external enforcer of rules.

But there is another Eurasian Union, one fuelled by geopolitical aspirations. President Putin launched this phase of Eurasian integration, the key foreign policy objective of his third presidential term in the Kremlin, in an article in Izvestia in October 2011. His vision was for the Eurasian Union not just to foster a new round of post-Soviet reintegration: he also wanted to turn the Eurasian Union into one of the ‘building blocks’ – on a par with the EU, NAFTA, APEC and ASEAN – of ‘global development’. The Union was supposed to crown Vladimir Putin’s efforts to reintegrate the post-Soviet states: it was to be the instrument by which he would ‘bring Russia up from its knees’ and make it a distinctive pole of influence in a multipolar world by reversing the ‘civilised divorce’ of former Soviet republics from the USSR.