Is there an Albanian question? 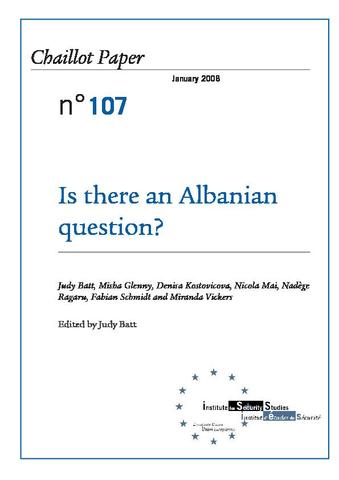 The core of the Albanian national question today is Kosovo, an issue that has the power to unite Albanians in the Balkans and in the sizeable diaspora communities spread across the globe. While the answer – for Albanians – is independence for Kosovo, beyond that, views diverge. It seems that only a minority of Albanians remain committed to the project of Pan-Albanian political unification. Most Albanians are fully aware of the diversity of interests of the various Albanian communities in the Balkans, who have lived in different states over the past century. The end of communism made it much easier for Albanians to keep in contact with each other, but this did not lead to greater national cohesion. The dramatic ‘high politics’ of the Kosovo issue tends to obscure the fact that for most Albanians, the most urgent questions today are not ‘national’ ones at all, but questions of economic underdevelopment, unemployment, the quality of democratic governance, political corruption and criminality, and the emigration of large numbers of the brightest and best of the younger generation. None of these challenges is unique to the Albanians, but they possess a particular asset in their young diaspora in the West, closely linked via the internet with young democracy activists in the Albanians’ Balkans homelands. This new generation of Albanians aims to leap out of the isolation and introversion of traditional village and clan-based politics to form a new ‘post-modern’ transnational political community, committed to building democracy within their states and across them.

The Western Balkans: moving on