Ten years after: the War on Terror was not inevitable 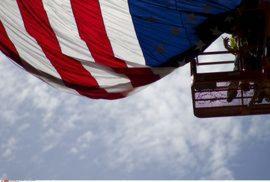 Ten years after the barbarian attacks against the Americans, have we even understood its long-term impact? Was the Bush administration right in thinking that 9/11 changed the world?

What we can say with some certainty is that it was not the terrible mass murder of 3,000 civilians of many nationalities and faiths by a group of extremists that changed the world. What did change the world for the worse was the Bush administration’s unilateral military action in the following years, the so-called War on Terror. This war dangerously equated terrorism in many minds with political Islam and the Muslim population. It created a perception that the target of American action was not only al-Qaeda, but the citizens of North Africa and the “Great Middle East”.

America’s response has ranged from the multilateral and legitimate intervention in Afghanistan to the tragic unilateral intervention in Iraq, and from the violation of the American rule of law and international justice in Guantanamo to the support of dictatorships and torture in the Arab world. The Bush administration’s dream of a US lead hegemony based on overwhelming military power, made it fail to recognise the wave of solidarity with the American people which swept across the world. The disastrous consequences of such disproportionate and ill-conceived actions can still be felt today, not only in Afghanistan and Iraq but also Pakistan.

The end of the Bush-era and the post-9/11 world was not marked by the killing of Bin Laden, but by the election of a multilateralist President in the United States, Barack Obama, and even more so by the Arab uprising that spread democracy and the rule of law around North Africa and the Middle East.

The US policy that followed 9/11 was not inevitable. There were other voices, particularly from Europe, calling not only for solidarity with America, but also for a response based on the principles of justice, human rights and multilateralism. They warned against the declaration of war on terror, advising instead that the US should prioritise the use of intelligence and civilian security forces in their response to terrorism. As is recognised in Obama national security strategy, “this is not a global war against a tactic - terrorism - or a religion - Islam.”

Ten years later, it is interesting to review the debate that immediately followed 9/11 and the Iraq war, and to look back at the articles published then to understand that another course of action was possible, and that reason did not prevail. In brief, and as Thucydides said, “For those who make wise decisions are more formidable to their enemies than those who rush madly into strong action.”  This advice is as important today as it was in the last ten years.

Defending Europe: analysing the threats and strategic challenges facing the EU
Other Events
Security and Defence