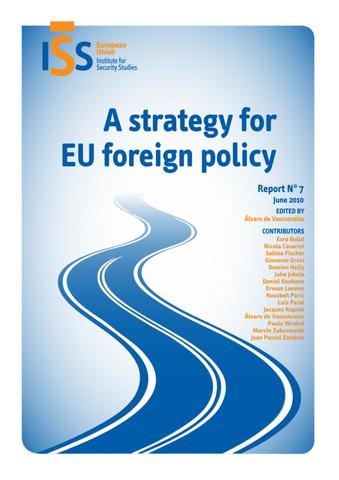 The EUISS Report for 2010 seeks to define what should be the basic guiding principles of EU foreign policy and how they should be applied in a set of priority areas.

The Lisbon Treaty did not transform the European Union into a super-state. The EU’s ability to influence the international order will in future depend not only on its ability to bring together the whole of the EU – i.e. the institutions and, crucially, the Member States, who remain decisive in foreign and security affairs – but just as importantly on drawing up a strategy for EU international policy to guide external action as a whole.

The European Union remains essentially a civilian power that confines the use of force to the most exceptional circumstances and broad international legitimacy. Soft power, nonetheless, is real power. This is all the more the case in today’s interdependent world with its highly interlinked and networked information society. Powers of influence and persuasion, even when the use of force is called for, are primarily a function of the EU’s own internal model of democratic peace, unity based on diversity and association between states, and social cohesion.

The Lisbon Treaty offers an opportunity for the European Union to take on a world role compatible with its status and aspirations. This implies that, in its own policy formulation and in all areas relating to international policy, the EU must act in accordance with three basic principles – autonomy, consistency and coherence – while striving to shape a multilateral world order.