20 January 2009
By
With contributions from 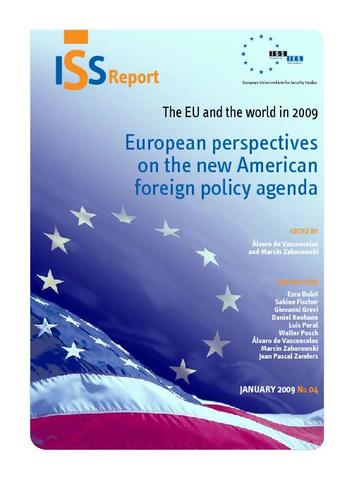 The event that is most likely to determine the course of international politics in the year 2009 is the arrival of the new administration in the United States. President Barack Obama campaigned on the promise of change – the message that clearly resonated so well with the Americans but also with the rest of the world. The world is full of expectations of the new President and the foreign policy that he is likely to conduct. Some of these expectations are unrealistic, some are no more than projections of other peoples’ wishes onto the new administration’s agenda. However, during his campaign Barack Obama promised some far-reaching changes in America’s foreign policy and this, arguably, is one of the reasons why he won the election. It is therefore not unreasonable to expect a considerable evolution of US foreign policy in 2009, which would have an impact on the rest of the world. A vast majority of Europeans cheered for Barack Obama and welcomed the result of the elections. There is now a major opportunity for EU-US relations to improve under the new administration. This publication was conceived with the intention of outlining European perspectives on what we think are likely to be the joint priorities of the new administration and of the EU. We deliberately restricted the number of areas to be addressed in this report, with the intention of defining the absolute priorities for EU-US cooperation. This unfortunately meant that some very important areas, such as Africa, which is of vital importance for the EU, or China, relations with which are among America’s top priorities, are not covered in our report. The topics that we have selected, for a more in-depth analysis, are: global governance, climate change, disarmament and non-proliferation, Russia, Iran, Afghanistan, the Israeli-Palestinian conflict and transatlantic relations.