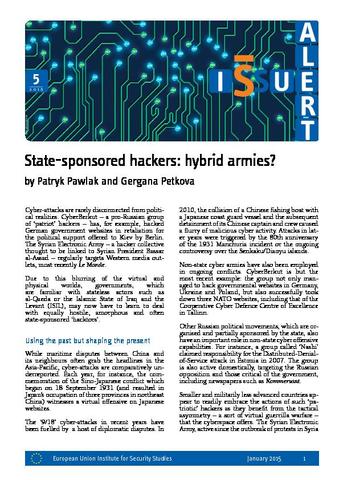 Due to this blurring of the virtual and physical worlds, governments, which are familiar with stateless actors such as al-Qaeda or the Islamic State of Iraq and the Levant (ISIL), may now have to learn to deal with equally hostile, amorphous and often state-sponsored ‘hacktors’.