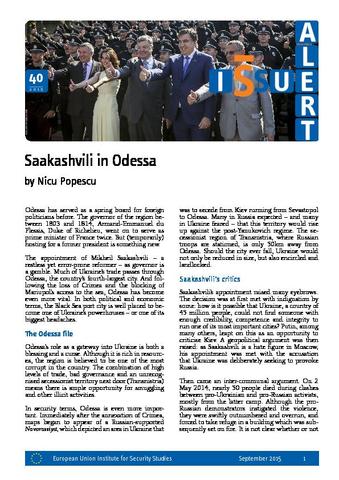 Odessa has served as a spring board for foreign politicians before. The governor of the region between 1803 and 1814, Armand-Emmanuel du Plessis, Duke of Richelieu, went on to serve as prime minister of France twice. But (temporarily) hosting for a former president is something new. The appointment of Mikheil Saakashvili – a restless yet error-prone reformer – is a gamble. Much of Ukraine’s trade passes through Odessa, the country’s fourth-largest city. And following the loss of Crimea and the blocking of Mariupol’s access to the sea, Odessa has become even more vital. In both political and economic terms, the Black Sea port city is well placed to become one of Ukraine’s powerhouses – or one of its biggest headaches.