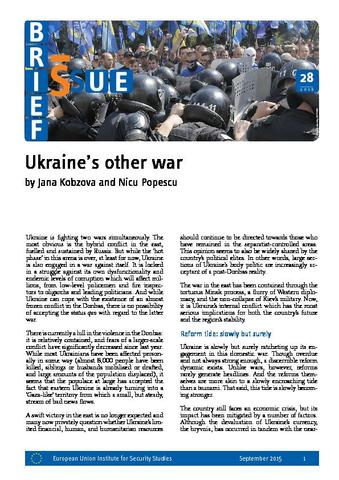 Ukraine is fighting two wars simultaneously. The most obvious is the hybrid conflict in the east, fuelled and sustained by Russia. But while the ‘hot phase’ in this arena is over, at least for now, Ukraine is also engaged in a war against itself. It is locked in a struggle against its own dysfunctionality and endemic levels of corruption which will affect millions, from low-level policemen and fire inspectors to oligarchs and leading politicians. And while Ukraine can cope with the existence of an almost frozen conflict in the Donbas, there is no possibility of accepting the status quo with regard to the latter war.

Sanctions and Russia: lessons from the Cold War