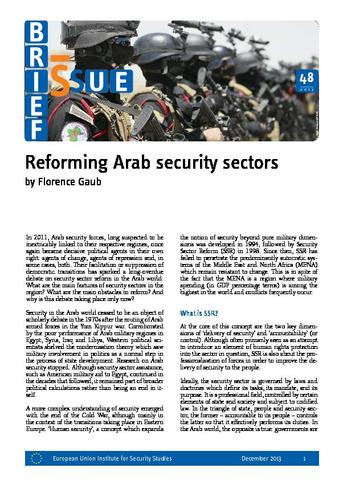 In 2011, Arab security forces, long suspected to be inextricably linked to their respective regimes, once again became decisive political agents in their own right: agents of change, agents of repression and, in some cases, both.
Their facilitation or suppression of democratic transitions has sparked a long-overdue debate on security sector reform in the Arab world. What are the main features of security sectors in the region? What are the main obstacles to reform? And why is this debate taking place only now?