Peacebuilding in 3D: EU and US approaches 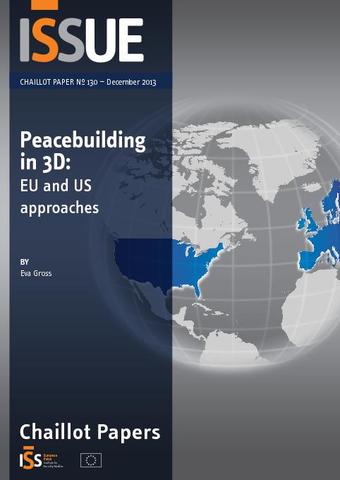 Giving peace a chance has always been a difficult challenge. Making peace, preserving peace – but now, especially, building peace – represents one of the most important and demanding objectives of any foreign policy aimed at bringing about a safer world. Today, an increasingly complex global security environment requires a flexible and multifaceted approach to address the symptoms as well as the causes of conflict. Peacebuilding is a broad but useful concept that captures the variety but also the spectrum of measures available to international actors in pursuit of sustainable peace. Engagement in various post-conflict settings over the past decade has led individual countries and organisations to work on enhancing the coherence and effectiveness of their respective instruments.

This has involved efforts at improving coordination of capabilities as well as building up civilian tools and capacities so as to strengthen diplomacy and development alongside defence. Depending on the setting, such an alignment of the so-called ‘3Ds’ has been alternatively referred to as a ‘comprehensive’ or ‘whole-of-government’ approach, and its operationalisation has been conditioned by existing organisational structures, available resources, and strategic cultures. This Chaillot Paper concerns itself with the ‘comprehensiveness’ of peacebuilding and, within that, its civilian dimension. It represents an exercise in mapping and comparing developments across the Atlantic regarding the combination of policy instruments for peacebuilding, and especially the development and association of civilian ones to the more ‘traditional’ tools of power, starting with the military ones. Both Brussels and Washington have made efforts at implementing a comprehensive (in the case of the EU) and whole-of-government (in the case of the US) approach to better align their respective instruments.