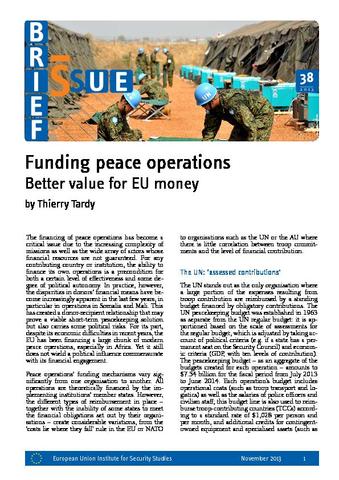 The financing of peace operations has become a critical issue due to the increasing complexity of missions as well as the wide array of actors whose financial resources are not guaranteed. For any contributing country or institution, the ability to finance its own operations is a precondition for both a certain level of effectiveness and some degree of political autonomy. In practice, however, the disparities in donors’ financial means have become increasingly apparent in the last few years, in particular in operations in Somalia and Mali. This has created a donor-recipient relationship that may prove a viable short-term peacekeeping solution but also carries some political risks. For its part, despite its economic difficulties in recent years, the EU has been financing a large chunk of modern peace operations, especially in Africa. Yet it still does not wield a political influence commensurate with its financial engagement.