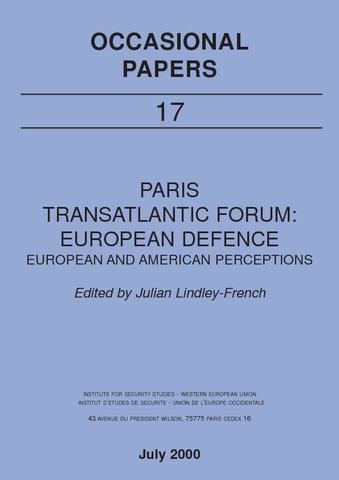 What was of particular interest in this seminar was that it combined both a discussion of the technical, immediate aspects of European defence and a more general reflection on developments in American policy and the direction being taken by European construction. I have the following three observations on the discussions on this somewhat unusual mixture of genres.

How the US views the European crisis