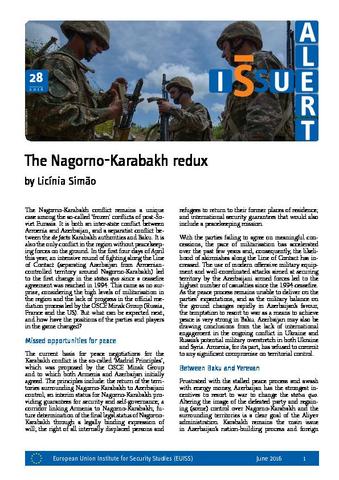 The Nagorno-Karabakh conflict remains a unique case among the so-called ‘frozen’ conflicts of post-Soviet Eurasia. It is both an inter-state conflict between Armenia and Azerbaijan, and a separatist conflict between the de facto Karabakh authorities and Baku. It is also the only conflict in the region without peacekeeping forces on the ground. In the first four days of April this year, an intensive round of fighting along the Line of Contact (separating Azerbaijan from Armenian-controlled territory around Nagorno-Karabakh) led to the first change in the status quo since a ceasefire agreement was reached in 1994. This came as no surprise, considering the high levels of militarisation in the region and the lack of progress in the official mediation process led by the OSCE Minsk Group (Russia, France and the US). But what can be expected next, and how have the positions of the parties and players in the game changed?