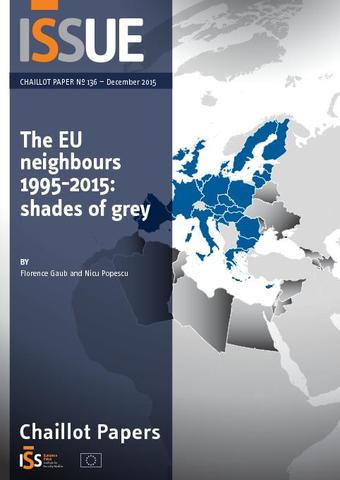 This Chaillot Paper charts the changes that have taken place in the countries and regions adjacent to the EU over the past two decades, and analyses how the upheavals of recent years have altered the EU’s relationship with and approach to its eastern and southern neighbours.

Coming at a time when the new EU leadership has launched what amounts to a complete ‘reboot’ of the European Neighbourhood Policy as well as a wider review of the EU’s foreign and security policy priorities, it shows that the Union still as an important role to play in these regions, albeit a less exclusive and possibly less ‘magnetic’ one than assumed a decade ago.