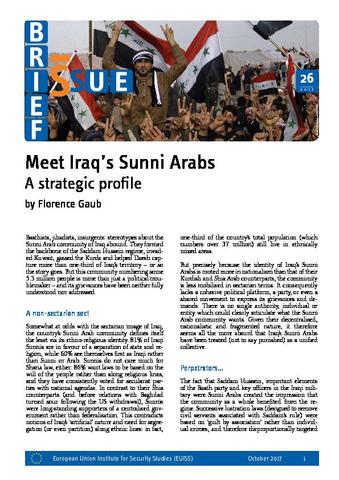 Baathists, jihadists, insurgents: stereotypes about the Sunni Arab community of Iraq abound. They formed the backbone of the Saddam Hussein regime, invaded Kuwait, gassed the Kurds and helped Daesh capture more than one-third of Iraq’s territory – or so the story goes.

But this community numbering some 5.3 million people is more than just a political troublemaker – and its grievances have been neither fully understood nor addressed.

Civil-military relations in the MENA: between fragility and resilience