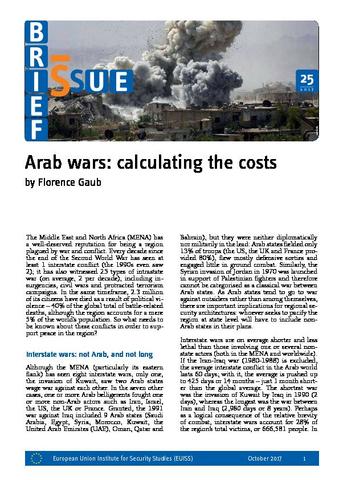 The Middle East and North Africa (MENA) has a well-deserved reputation for being a region plagued by war and conflict. Every decade since the end of the Second World War has seen at least 1 interstate conflict (the 1990s even saw 2); it has also witnessed 25 types of intrastate war (on average, 2 per decade), including insurgencies, civil wars and protracted terrorism campaigns.

In the same timeframe, 2.3 million of its citizens have died as a result of political violence – 40% of the global total of battle-related deaths, although the region accounts for a mere 5% of the world’s population. So what needs to be known about these conflicts in order to support peace in the region?