Managing the migration of the Arab democratic wave 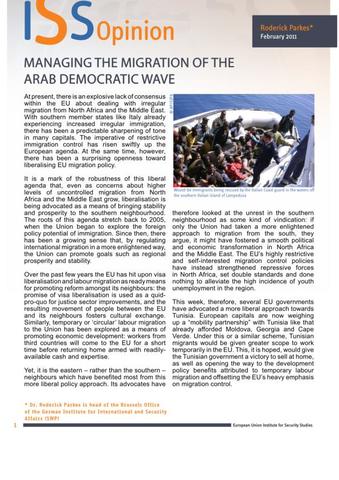 At present, there is an explosive lack of consensus within the EU about dealing with irregular migration from North Africa and the Middle East. With southern member states like Italy already experiencing increased irregular immigration, there has been a predictable sharpening of tone in many capitals. The imperative of restrictive immigration control has risen swiftly up the European agenda. At the same time, however, there has been a surprising openness toward liberalising EU migration policy.