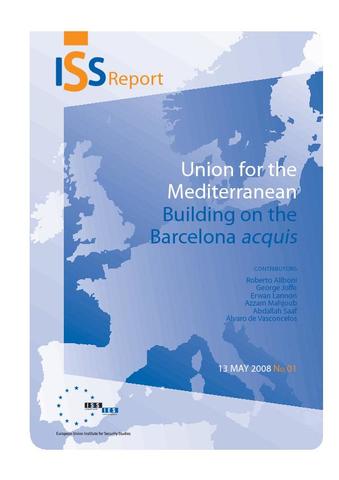 The project of a Union for the Mediterranean has relaunched the debate on Euro-Mediterranean relations in a broader context. In this regard, one should not forget that the Euro-Mediterranean Partnership (EMP) – the ‘Barcelona Process’ – is much more than a mere intergovernmental process of political cooperation. It is also about using the Community approach. <br /><br />One of the pre-conditions for the success of this new Mediterranean initiative is to clearly identify what the achievements of the Barcelona Process – its ‘acquis’ – have really been. Any new initiative such as the Union for the Mediterranean should therefore aim to consolidate and reinforce the Barcelona acquis while preserving its social, people-to-people, dimension.<br /><br />The need to re-evaluate the challenges facing the Mediterranean and the Union’s policy towards the region has become increasingly urgent. The EMP is already an instrument which closely mirrors the basic tenets of the European Union’s own mechanisms for creating peace and inclusive democracy and must, therefore, be preserved. As a model for the development of the Euro-Mediterranean Community of Democratic States, it involves an all-inclusive strategy encouraging reform in the South. It thus creates an opportunity for cooperation via trans-Euro-Mediterranean networks linking civil societies on both shores of the Mediterranean.<br /><br />Unless the Union for the Mediterranean is seen to complement the Barcelona Process and the European Neighbourhood Policy (ENP), it might well damage their visibility and effectiveness. Coherent and effective long-term policies towards both the East and the South are fundamental to the cohesiveness of the European Union itself.<br /><br />Another pre-condition for the success of the new ‘Barcelona Process: Union for the Mediterranean’ initiative is that it should address a number of key challenges within the region such as: political Islam, policy securitisation stemming from the consequences of the terrorist attacks in the US on September 11, 2001, the role of migrants as actors in the Barcelona Process, the consequences of the misplaced ‘clash of civilisations’ concept, remaining regional conflicts and tensions, and the need to enforce rule-of-law and civil liberties for effective economic and social development. As part of this process, the Union must also come to terms with its own claims of ‘inclusion within diversity’ and the reality that many Europeans still refuse to accept the heterogeneity of European society itself for, without such self-awareness, Europe can never engage meaningfully with the Mediterranean over the issue of migration.<br /><br />There is room for new institutions, mechanisms and instruments within the framework of Euro-Mediterranean relationships but the risk of continuing paralysis within the management of the Barcelona Process because of antagonisms between partners should not be underestimated. However, new initiatives could be considered as opportunities to reinforce the current Process and to tackle issues that were not addressed, or were not properly addressed, during the past decade. <br /><br />The political focus of Mediterranean policy should be clearly identified and reflect common Euro-Mediterranean interests, preoccupations and challenges. Proper consultation with the Mediterranean partners of the European Union is now an urgent matter. The abandoning of political reform incentives and positive conditionality in the name of realpolitik and avoidance of the main socio-economic and political issues within the Mediterranean region is to be avoided as well, as is also the marginalisation of civil societies there. Positive conditionality in the ENP should emphasise respect for the international rule-of-law and evolution towards democratic governance.