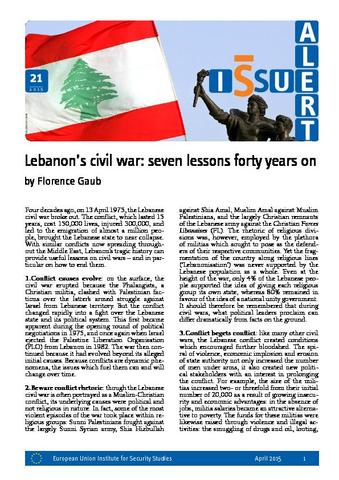 Four decades ago, on 13 April 1975, the Lebanese civil war broke out. The conflict, which lasted 15 years, cost 150,000 lives, injured 300,000, and led to the emigration of almost a million people, brought the Lebanese state to near collapse. With similar conflicts now spreading throughout the Middle East, Lebanon’s tragic history can provide useful lessons on civil wars – and in particular on how to end them.