Jihadism in Mali and the Sahel: evolving dynamics and patterns 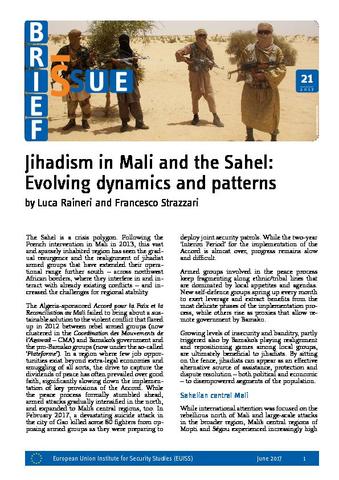 The Sahel is a crisis polygon. Following the French intervention in Mali in 2013, this vast and sparsely inhabited region has seen the gradual resurgence and the realignment of jihadist armed groups that have extended their operational range further south – across northwest African borders, where they interfere in and interact with already existing conflicts – and increased the challenges for regional stability.

Growing levels of insecurity and banditry, partly triggered also by Bamako’s playing realignment and repositioning games among local groups, are ultimately beneficial to jihadists. By sitting on the fence, jihadists can appear as an effective alternative source of assistance, protection and dispute resolution – both political and economic – to disempowered segments of the population.