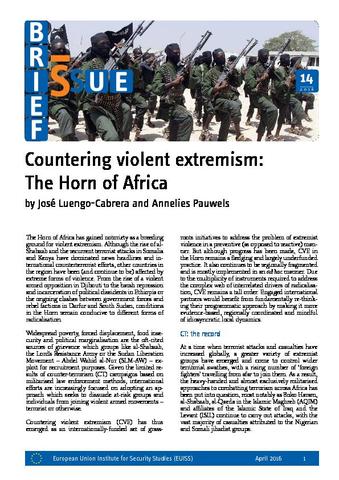 The Horn of Africa has gained notoriety as a breeding ground for violent extremism. Although the rise of al-Shabaab and the recurrent terrorist attacks in Somalia and Kenya have dominated news headlines and international counterterrorist efforts, other countries in the region have been (and continue to be) affected by extreme forms of violence. From the rise of a violent armed opposition in Djibouti to the harsh repression and incarceration of political dissidents in Ethiopia or the ongoing clashes between government forces and rebel factions in Darfur and South Sudan, conditions in the Horn remain conducive to different forms of radicalisation.