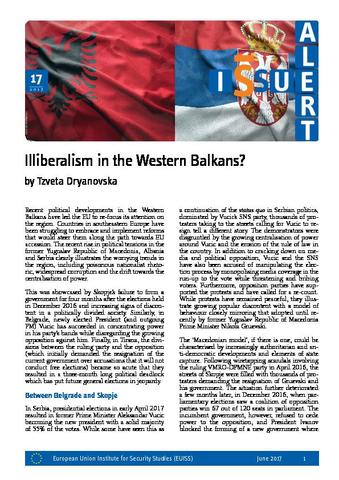 Recent political developments in the Western Balkans have led the EU to re-focus its attention on the region. Countries in southeastern Europe have been struggling to embrace and implement reforms that would steer them along the path towards EU accession.

The recent rise in political tensions in the Former Yugoslav Republic of Macedonia, Albania and Serbia clearly illustrates the worrying trends in the region, including poisonous nationalist rhetoric, widespread corruption and the drift towards the centralisation of power. This was showcased by Skopje’s failure to form a government for four months after the elections held in December 2016 and increasing signs of discontent in a politically divided society.

Kosovo’s local elections and the way ahead