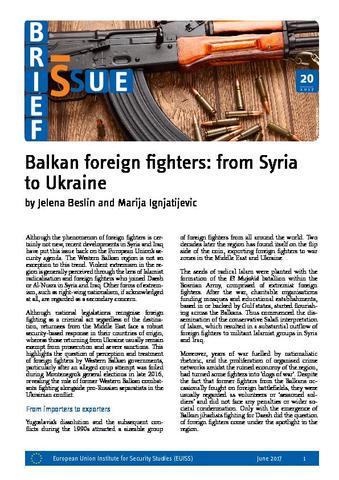 Although the phenomenon of foreign fighters is certainly not new, recent developments in Syria and Iraq have put this issue back on the European Union’s security agenda.

The Western Balkan region is not an exception to this trend. Violent extremism in the region is generally perceived through the lens of Islamist radicalisation and foreign fighters who joined Daesh or Al-Nusra in Syria and Iraq. Other forms of extremism, such as right-wing nationalism, if acknowledged at all, are regarded as a secondary concern.

Islamic radicalism in the Balkans