27 March 2013
By
With contributions from 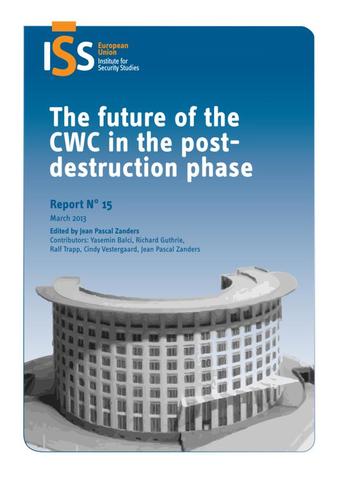 The international community can be justifiably proud of the Chemical Weapons Convention. It has banned an entire category of weapons of mass destruction and provided for their verifiable elimination under international supervision. A small but effective intergovernmental organisation, the Organisation for the Prohibition of Chemical Weapons (OPCW), has been created for this purpose.

The Convention does not yet enjoy full universality but the overwhelming majority of UN member states have joined it. Major possessor states have declared their chemical weapons stockpiles and committed to destroy them under international verification. In spite of some delays, the destruction in all categories of chemical weapons (CW) has already been successful and is proceeding with focus and determination, in spite of the considerable costs involved.

In the present international situation it is important to note that the Convention has created a de facto legal norm against the production, possession and usage of chemical weapons for military purposes. This prohibition goes beyond the letter of the Convention and stems from the reactions to the tragic experience of World War I and more recent cases of CW usage, including against non-combatants. Since 2003 the European Union has an effective Strategy against Proliferation of Weapons of Mass Destruction. In accordance with its philosophy of effective multilateralism the EU is at the forefront of supporting the full universalisation and active implementation of treaty instruments such as the CWC. EU member states, both in their national capacity and through EU Joint Actions and Council Decisions, are providing considerable resources to this effect.

This volume features contributions derived from some of the presentations made by world-class experts at the workshop organised by the EU Institute for Security Studies in cooperation with the European External Action Service on 10 September 2012. The workshop offered an opportunity to reflect on some of the challenges facing the CWC over the next decade in preparation of the Third Review Conference at The Hague in April 2013.

Future of the Chemical Weapons Convention: transitioning towards the post-destruction phase