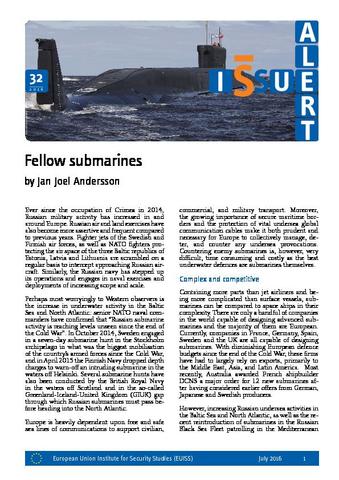 Ever since the occupation of Crimea in 2014, Russian military activity has increased in and around Europe. Russian air and land exercises have also become more assertive and frequent compared to previous years. Fighter jets of the Swedish and Finnish air forces, as well as NATO fighters protecting the air space of the three Baltic republics of Estonia, Latvia and Lithuania are scrambled on a regular basis to intercept approaching Russian aircraft. Similarly, the Russian navy has stepped up its operations and engages in naval exercises and deployments of increasing scope and scale. Perhaps most worryingly to Western observers is the increase in underwater activity in the Baltic Sea and North Atlantic: senior NATO naval commanders have confirmed that “Russian submarine activity is reaching levels unseen since the end of the Cold War”.

US forces – between Europe and Asia