US forces – between Europe and Asia 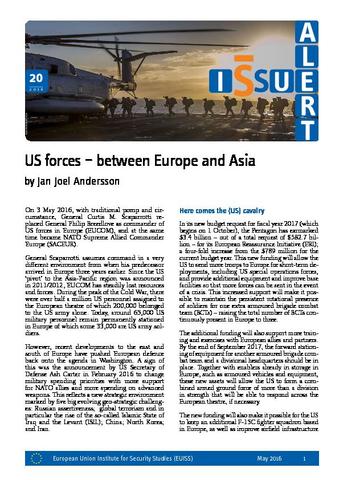 On 3 May 2016, with traditional pomp and circumstance, General Curtis M. Scaparrotti replaced General Philip Breedlove as commander of US forces in Europe (EUCOM), and at the same time became NATO Supreme Allied Commander Europe (SACEUR).
General Scaparrotti assumes command in a very different environment from when his predecessor arrived in Europe three years earlier. Since the US ‘pivot’ to the Asia-Pacific region was announced in 2011/2012, EUCOM has steadily lost resources and forces. During the peak of the Cold War, there were over half a million US personnel assigned to the European theatre of which 200,000 belonged to the US army alone. Today, around 65,000 US military personnel remain permanently stationed in Europe of which some 33,000 are US army soldiers.