European defence: a proposal for a White Paper 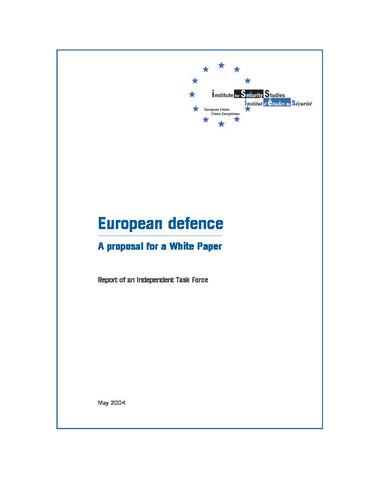 Europe is at peace but the world is not. Following the shock of the terrorist attacks in New York and Washington, the Institute decided, two years ago, to convene an independent task force in order to address the issue of future European capabilities. Made up of some of the best-known academic experts on ESDP, this independent task force shared a basic assumption: even though the use of force is not the first nor the only way to deal with regional or international crises, the EU will need to have at its disposal a certain level of forces, at a certain level of readiness and operational efficiency, if only to widen the range of its options when faced with a crisis and facilitate the ultimate decision at the highest political level. The main task of the group was to determine the most likely generic crisis scenarios that the EU could face in the decades to come, to assess the capabilities needed to meet each of these contingencies, to identify the main shortfalls within current European forces, and to propose remedies and options for adapting European capabilities, if military intervention were to be decided on at the EU level.