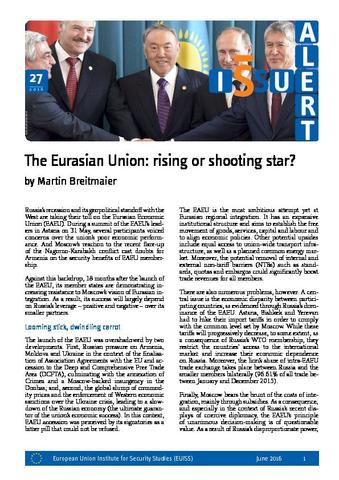 Russia’s recession and its geopolitical standoff with the West are taking their toll on the Eurasian Economic Union (EAEU). During a summit of the EAEU’s leaders in Astana on 31 May, several participants voiced concerns over the union’s poor economic performance. And Moscow’s reaction to the recent flare-up of the Nagorno-Karabakh conflict cast doubts for Armenia on the security benefits of EAEU membership. Against this backdrop, 18 months after the launch of the EAEU, its member states are demonstrating increasing resistance to Moscow’s vision of Eurasian integration. As a result, its success will largely depend on Russia’s leverage – positive and negative – over its smaller partners.