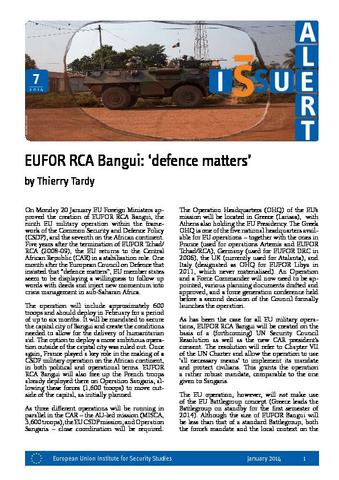 On Monday 20 January EU Foreign Ministers approved the creation of EUFOR RCA Bangui, the ninth EU military operation within the framework of the Common Security and Defence Policy (CSDP), and the seventh on the African continent.Five years after the termination of EUFOR Tchad/RCA (2008-09), the EU returns to the Central African Republic in a stabilisation role.

One month after the European Council on Defence that insisted that “defence matters”, EU member states seem to be displaying a willingness to follow up words with deeds and inject new momentum into crisis management in sub-Saharan Africa.