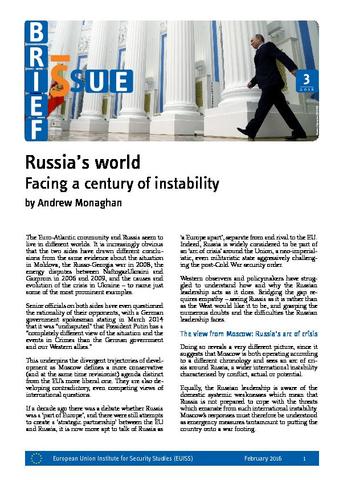 The Euro-Atlantic community and Russia seem to live in different worlds. It is increasingly obvious that the two sides have drawn different conclusions from the same evidence about the situation in Moldova, the Russo-Georgia war in 2008, the energy disputes between NaftogazUkraini and Gazprom in 2006 and 2009, and the causes and evolution of the crisis in Ukraine – to name just some of the most prominent examples. Senior officials on both sides have even questioned the rationality of their opponents, with a German government spokesman stating in March 2014 that it was “undisputed” that President Putin has a “completely different view of the situation and the events in Crimea than the German government and our Western allies.”