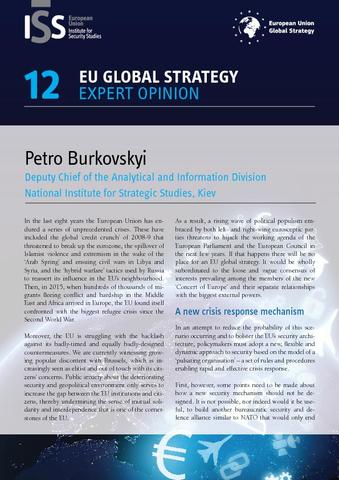 In the last eight years the European Union has endured a series of unprecedented crises. These have included the global ‘credit crunch’ of 2008-9 that threatened to break up the eurozone, the spillover of Islamist violence and extremism in the wake of the ‘Arab Spring’ and ensuing civil wars in Libya and Syria, and the ‘hybrid warfare’ tactics used by Russia to reassert its influence in the EU’s neighbourhood. Then, in 2015, when hundreds of thousands of migrants fleeing conflict and hardship in the Middle East and Africa arrived in Europe, the EU found itself confronted with the biggest refugee crisis since the Second World War.

Moreover, the EU is struggling with the backlash against its badly-timed and equally badly-designed countermeasures. We are currently witnessing growing popular discontent with Brussels, which is increasingly seen as elitist and out of touch with its citizens’ concerns. Public anxiety about the deteriorating security and geopolitical environment only serves to increase the gap between the EU institutions and citizens, thereby undermining the sense of mutual solidarity and interdependence that is one of the cornerstones of the EU.