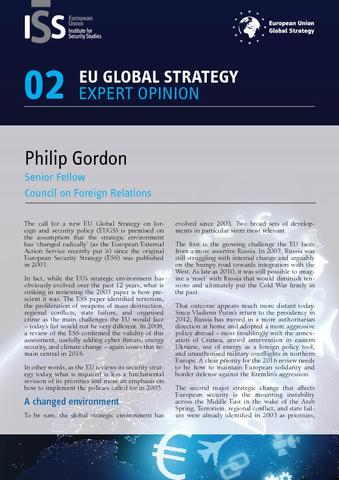 The call for a new EU Global Strategy on foreign and security policy (EUGS) is premised on the assumption that the strategic environment has ‘changed radically’ (as the European External Action Service recently put it) since the original European Security Strategy (ESS) was published in 2003.

In fact, while the EU’s strategic environment has obviously evolved over the past 12 years, what is striking in reviewing the 2003 paper is how prescient it was. The ESS paper identified terrorism, the proliferation of weapons of mass destruction, regional conflicts, state failure, and organised crime as the main challenges the EU would face – today’s list would not be very different. In 2008, a review of the ESS confirmed the validity of this assessment, usefully adding cyber threats, energy security, and climate change – again issues that remain central in 2016.