The EU and the NPT: drawing lines 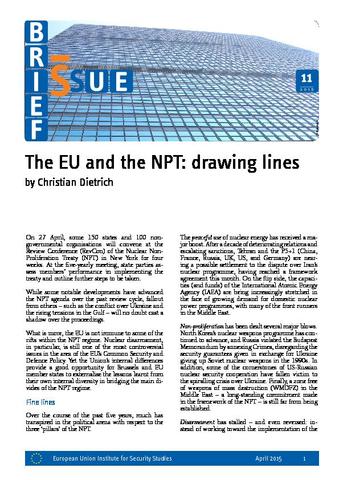 On 27 April, some 150 states and 100 non-governmental organisations will convene at the Review Conference (RevCon) of the Nuclear Non-Proliferation Treaty (NPT) in New York for four weeks. At the five-yearly meeting, state parties negotiate assess members’ performance in implementing the treaty and outline further steps to be taken. While some notable developments have advanced the NPT agenda over the past review cycle, fallout from others – such as the conflict over Ukraine and the rising tensions in the Gulf – will no doubt cast a shadow over the proceedings. What is more, the EU is not immune to some of the rifts within the NPT regime. Nuclear disarmament, in particular, is still one of the most controversial issues in the area of the EU’s Common Security and Defence Policy. Yet the Union’s internal differences provide a good opportunity for Brussels and EU member states to externalise the lessons learnt from their own internal diversity in bridging the main divides of the NPT regime.