Defence markets and industries in Europe: time for political decisions? 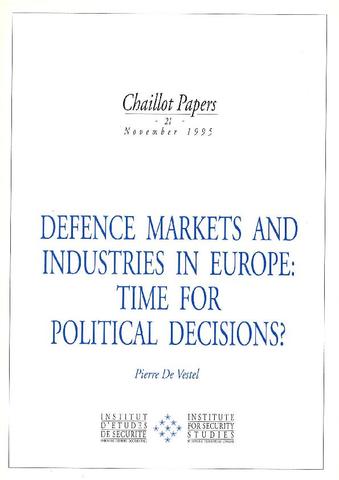 The first draft of this paper, which has turned out significantly longer than many of our Chaillot Papers, was discussed at the first seminar to be jointly organised by the Institute with the European Commission, in Brussels on 6-7 April this year.