19 November 2008
Edited by
With contributions from 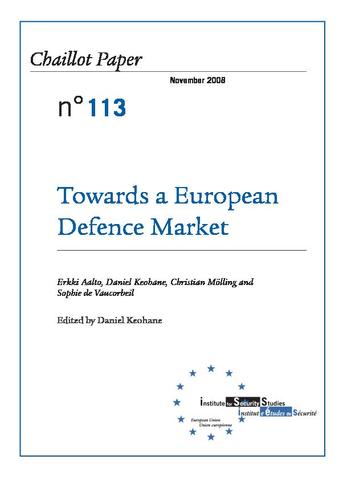 EU governments are gradually coming around to the idea that they need to open up their defence markets, especially at a time when growing budgetary constraints clash with the increasing need for sophisticated military equipment. Governments have already agreed to the Code of Conduct on Defence Procurement introduced by the European Defence Agency in July 2006, but the EDA cannot force governments to comply with the code. Also, the protectionist attitude of Member States derives from the fact that they regard defence procurement as an area that overlaps with national sovereignty. The European Commission is currently proposing new procurement and trade directives aimed at streamlining defence market legislation, and it is to be hoped that Member States will respond positively to this initiative. The proposed directives would open up the defence market, improve European cooperation on armaments and lead to a more competitive European defence industry. Plus, in the ongoing debate about the European defence market, the transatlantic defence market should not be forgotten, especially given the increasingly important role that American and European companies play in this arena on both sides of the pond.