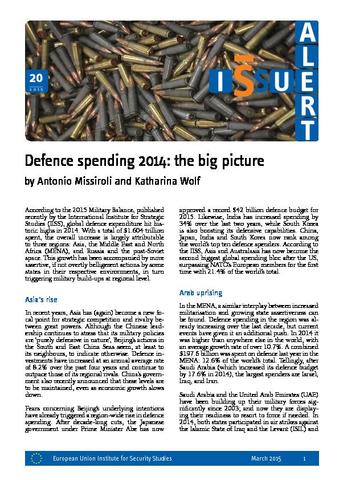 According to the 2015 Military Balance, published recently by the International Institute for Strategic Studies (IISS), global defence expenditure hit historic highs in 2014. With a total of $1.604 trillion spent, the overall increase is largely attributable to three regions: Asia, the Middle East and North Africa (MENA), and Russia and the post-Soviet space.

This growth has been accompanied by more assertive, if not overtly belligerent actions by some states in their respective environments, in turn triggering military build-ups at regional level.

The EU in a multiplex world