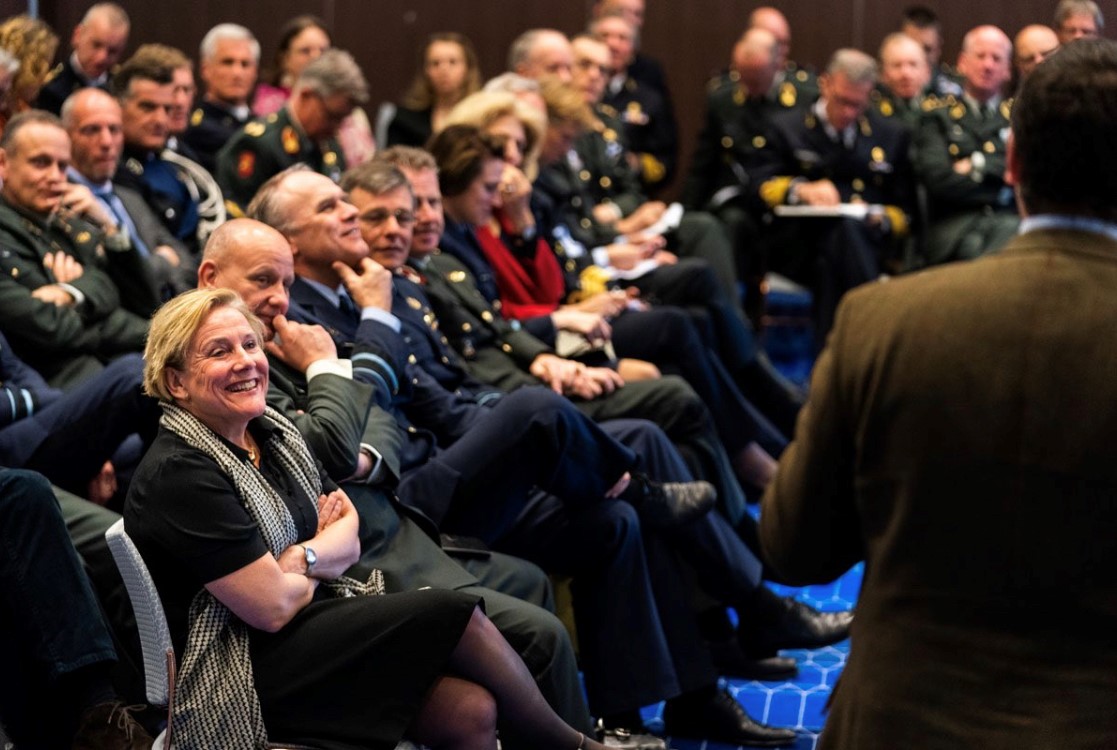 Daniel Fiott was invited by the Dutch Ministry of Defence to stimulate a discussion at the ‘EU Day’, which was organised for all branches of the Dutch armed forces and civilian personnel. Hosted by Ank Bijleveld, the Dutch Minister of Defence, the event aimed to stimulate discussion and reflection about the role of the EU in security and defence matters and over 100 military and civilian participants from The Netherlands joined the event at the Marine Establishment Amsterdam. The ‘EU Day’ was attended by high-ranking military and civilian officials and the event started with a keynote speech by the Minister of Defence.

Daniel began by providing an overview of the security and defence initiatives agreed at the EU level since the EU Global Strategy in 2016. Following this overview, Daniel invited participants to reflect on specific questions and scenarios related to the mutual defence and solidarity clauses, defence capability development and the future of the Common Security and Defence Policy in light of international developments. The result was an extremely interesting discussion between officials.