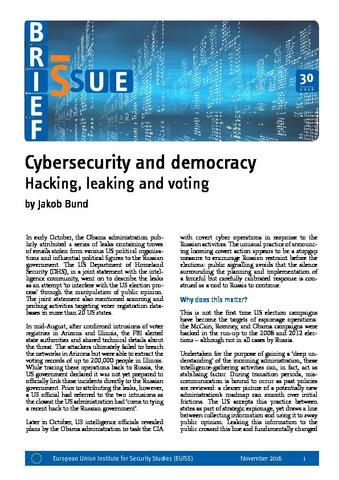 In early October, the Obama administration publicly attributed a series of leaks containing troves of emails stolen from various US political organisations and influential political figures to the Russian government. The US Department of Homeland Security (DHS), in a joint statement with the intelligence community, went on to describe the leaks as an attempt ‘to interfere with the US election process’ through the manipulation of public opinion. In mid-August, after confirmed intrusions of voter registries in Arizona and Illinois, the FBI alerted state authorities and shared technical details about the threat. The attackers ultimately failed to breach the networks in Arizona but were able to extract the voting records of up to 200,000 people in Illinois. While tracing these operations back to Russia, the US government declared it was not yet prepared to officially link these incidents directly to the Russian government.