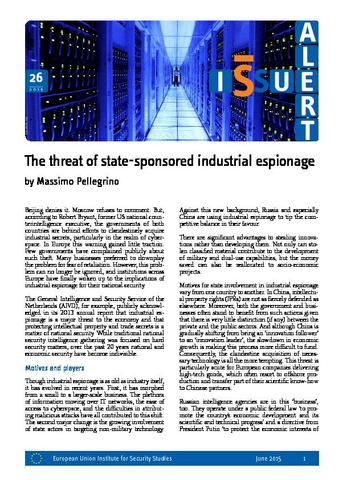 Beijing denies it. Moscow refuses to comment. But, according to Robert Bryant, former US national counterintelligence executive, the governments of both countries are behind efforts to clandestinely acquire industrial secrets, particularly in the realm of cyberspace. In Europe this warning gained little traction.

Few governments have complained publicly about such theft. Many businesses preferred to downplay the problem for fear of retaliation. However, this problem can no longer be ignored, and institutions across Europe have finally woken up to the implications of industrial espionage for their national security.