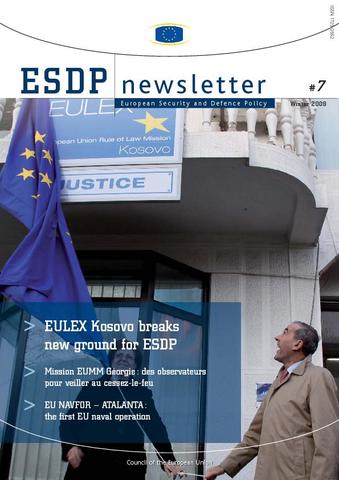 EULEX Kosovo is finally up and running after a long planning phase. It began operations on 9 December 2008 and has been breaking new ground for the European Security and Defence Policy (ESDP) as the EU's largest civilian mission.

The mission in Georgia was a key part of the EU's efforts to contribute to a solution to the August 2008 crisis between Georgia and Russia. It met its first challenge by deploying on time after only a few weeks and has played its part in the easing of tension, even though the political challenges remain daunting, as the EU's envoy for the crisis, Pierre Morel, tells us in an interview.