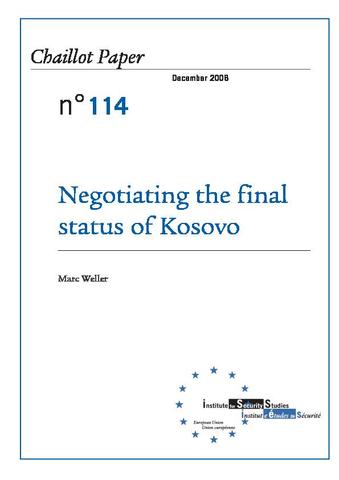 The international administration of the Kosovo crisis generated the very result that the organised international community had most wanted to avoid: independence for Kosovo. However, in the wake of the armed confrontation between NATO and Serbia in 1999, and the forced displacement of a very large part of the ethnic Albanian population by Serb authorities, independence for Kosovo became the only realistic option for a settlement. This paper investigates how the international negotiations on the final status of Kosovo held under the auspices of the United Nations sought to address the tension between the rule of territorial unity and the need to come to terms with this reality. It considers the format and substance of the Vienna negotiations on Kosovo and of the follow-on talks held throughout 2006 and 2007, eventually leading to the unilateral declaration of independence in February 2008.

An endgame in Kosovo